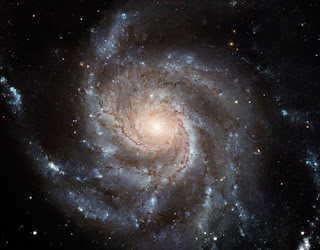 The Cosmosphere is participating in HutchGEO month, to Get Everyone Outside this month. On Friday, April 23, join the Cosmosphere for a free star gazing event, weather permitting. Meet in the Cosmosphere parking lot on the south east corner of 11th and Plum at 8:30 p.m. You’ll be able to see the night sky through professional quality telescopes, with the guidance of Cosmosphere staff. It’s free and open to the public.

Venus will be visible in the south west. It will be the brightest object in the night sky after the moon. Mars will also be visible, high in the south. There’s also a good chance of spotting meteors that night because the Lyrid Meteor Shower will be finishing.

The Cosmosphere hosts a number of special events throughout the year that are free and open to the public. Don’t miss this opportunity to learn about the night sky from a Cosmosphere expert.

The Kansas Cosmosphere and Space Center is a non-profit organization dedicated to Honoring the Past and Inspiring the Future of Space Exploration. Educating people from around the globe, the Cosmosphere boasts the Hall of Space museum, one of the most significant collections of U.S. and Russian space artifacts in the world; the Justice Planetarium, a dome-shaped classroom where attendants learn about astronomy; Dr. Goddard’s Lab, a live demonstration of early rocket technology; the Carey IMAX® Dome Theater, one of the first ones built in the world; and a multitude of special programs, including camps.
at 7:34 AM