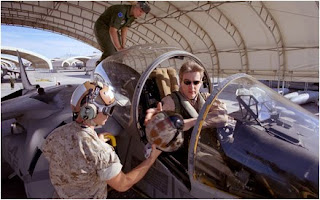 “Legends of Flight” opens at the Cosmosphere’s Carey IMAX® Dome Theater on Monday, June 21. Fly with the Boeing Company’s chief test pilot Captain Mike Carriker, a Kansas native, as he soars through the Rocky Mountains, executes a vertical takeoff in a Harrier Jump Jet, and maneuvers an antique wooden bi-plane. Flying sequences are capped off as viewers are alongside Carriker on the 787 Dreamliner’s maiden flight. Carriker is a legendary contemporary pilot, flight rated in more than 100 airplanes. He graduated from Wichita State University in 1978.

“Legends of Flight” explores the relationships between natural flight, advanced design, assembly techniques and technologies that have ushered in a new era of aircraft design. In the hundred-year-plus history of aviation, truly radical new aircraft designs come along only once in a generation. Since the introduction of the wide bodies of the late 1960s and early 1970s (followed by the Boeing 777 in 1994), there have been no truly "game changing" new passenger airliner designs until now, with the development of the Airbus A380 and the Boeing 787 Dreamliner.

See how a century of aviation trial and error, and some of the seminal airplanes of the 20th century, influenced the design of the Dreamliner. Viewers will see the first public flight of the massive, but super efficient Airbus A380 at the 2007 Paris Air Show and the first flight of the smaller, even more efficient 787, the first-ever carbon fiber airliner that made its maiden flight in 2009. 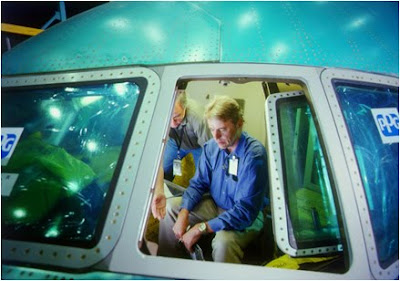 “Legends of Flight” will also give audiences an insider's view of how a modern aircraft is built, and make them privy to the manufacturing challenges and incredible financial risks companies assume when they embark on radical new designs. In the end, this unique cinematic experience shows how the 787 might affect the next 100 years of aeronautical design.

Produced and directed by Stephen Low, in association with the Smithsonian National Air and Space Museum, the film will engage all who have an interest in flight, regardless of age or gender.
at 4:38 PM