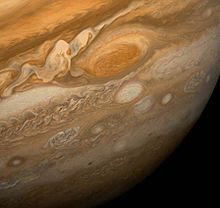 Voyager 1 will complete 12,000 days of continuous operations on July 13, 2010. The Voyager 1 spacecraft is a robotic space probe, weighing more than 1,500 pounds, launched September 5, 1977. Even after nearly 33 years, it still receives commands from, and transmits information to, Earth.

Its original mission was to visit Jupiter and Saturn, and it was the first probe to provide detailed images of the moons of these planets. Voyager 1 is currently pursuing its extended mission to locate and study the boundaries of the solar system.

Voyager 1 began photographing Jupiter in January 1979, and continued taking photos of Jupiter and its moons into April that year. Voyager 1 and its twin, Voyager 2, made a number of important discoveries about Jupiter, its satellites, its radiation belts, and its never-before-seen planetary rings. The most surprising discovery in the that area was the existence of volcanic activity on the moon Io, which had not been observed either from the ground or by earlier probes. 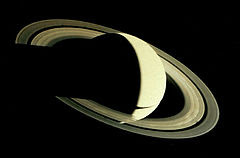 Both Voyagers went on to visit Saturn and its system of moons and rings. In November of 1980 Voyager 1 had its closest approach to Saturn and came within 77,000 miles of Saturn's cloud-tops.

The space probe's cameras detected complex structures in the rings of Saturn, and its remote sensing instruments studied the atmospheres of Saturn and its giant moon Titan. Voyager 1 provided photos of Titan's thick haze and images of Saturn's rings.

On February 14, 1990, Voyager 1 took the first ever "family portrait" of our solar system as seen from outside, which includes the famous image known as the "Pale Blue Dot." NASA turned the camera back toward Earth and took the picture in which it shows up as the "Pale Blue Dot" at the request of Carl Sagan. Sagan used the phrase as part of the title for his 1994 book. 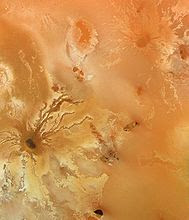 It is estimated that both Voyager craft have sufficient electrical power to operate their radio transmitters until at least after 2025, which will be over 48 years after launch.

On November 17, 1998, Voyager 1 became the most distant man-made object from Earth. It is currently the most distant functioning space probe to receive commands and transmit information to Earth. Provided Voyager 1 doesn't collide with any stellar objects, the newest space probes will not pass it within a human lifespan, despite being launched from Earth at a faster speed than either Voyager spacecraft.
at 10:30 AM